Watch Out For Canna-Scams! They're Everywhere... - International Highlife 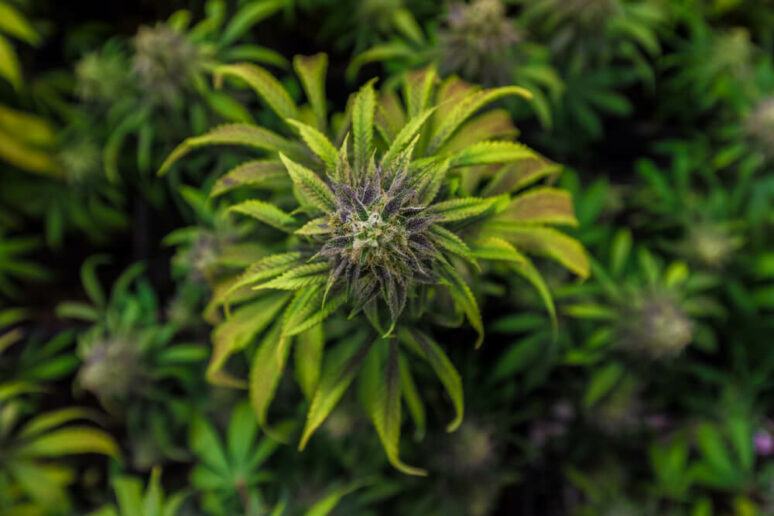 Watch Out For Canna-Scams! They’re Everywhere…

Canna-Scams are everywhere! Dodgy websites, Facebook spammers, snake-oil salesmen – here’s what you need to look out for!

Now that cannabis culture is a truly mainstream phenomenon, with millions of new patients and users every year, Canna-Scams are a real concern. Most experienced stoners know what to watch out for, but most of us remember a time when we were new to the game and ripe for exploitation. Now, more and more vulnerable people are seeking to try cannabis for the first time. As well as sick people, elderly people are turning to cannabis more rapidly than any other demographic. Desperate parents of sick children – all are at risk of exploitation, and are far more vulnerable to it than the average user.

Having said that, all users whether recreational or otherwise are at risk as scams become more sophisticated, especially in countries with restrictive laws. We’ve all been desperate to find decent weed – if you’re constantly stumbling across these scams, it might lead you to think “what if?” and just press go on one of them. If enough people do it even just once, it’s enough to keep scammers in business. Clearly, some people are doing it, as if everyone just ignored them, they’d probably stop!

Canna-Scams Are An Ever-Changing Game

Canna-Scams have most likely been around forever. Whenever something is deemed to have value in society, scams almost immediately come into existence! But as with all things, their nature changes and evolves as society changes.

Go back twenty years or so, and one of the most common Canna-Scams was the “fake bud” adverts in the pages of High Times and similar cannabis magazines. Cannabis Culture published an article on this phenomenon back in 2000. These days, High Times is full of ads from legal weed companies, extract artists and dispensaries. Those fake bud adverts seem to have all but disappeared – but let us know if you’ve seen any recent examples! 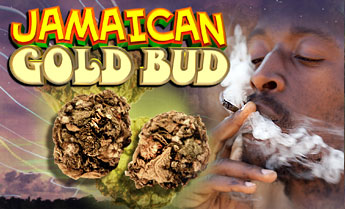 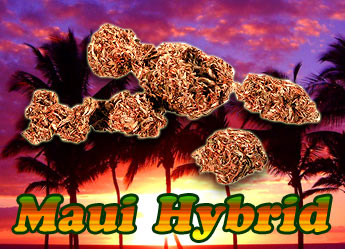 This shit. This shit right here….

Today, the game has changed dramatically. The last ten years or so have seen an unprecedented increase in the availability of cannabis, and laws have relaxed in dozens of countries. These days, one of the most common scams occurs online. If you follow cannabis-related pages and websites like International Highlife, you’ll sometimes see comments from people claiming to offer top-quality cannabis for great-sounding prices. Usually, the mods will delete them pretty quickly, but sometimes they are so frequent that they slip through the net for a while.

So we decided to chat to a few of them to find out what the deal really is with these claims. Here’s the screenshots: 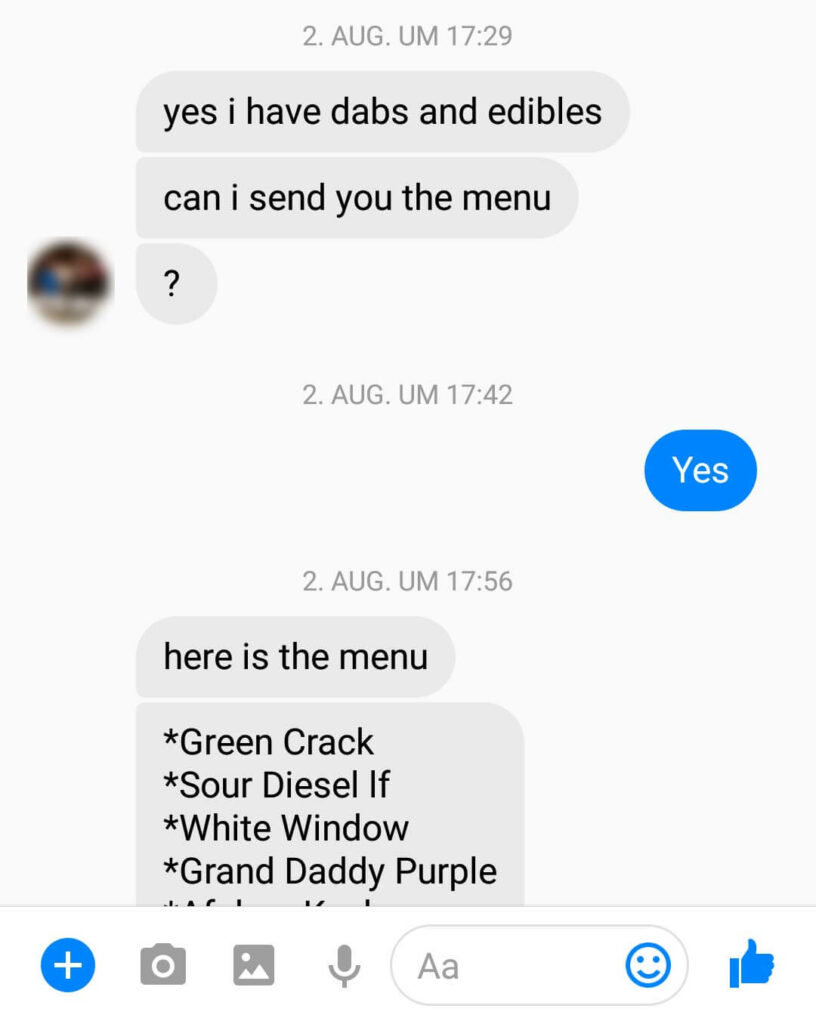 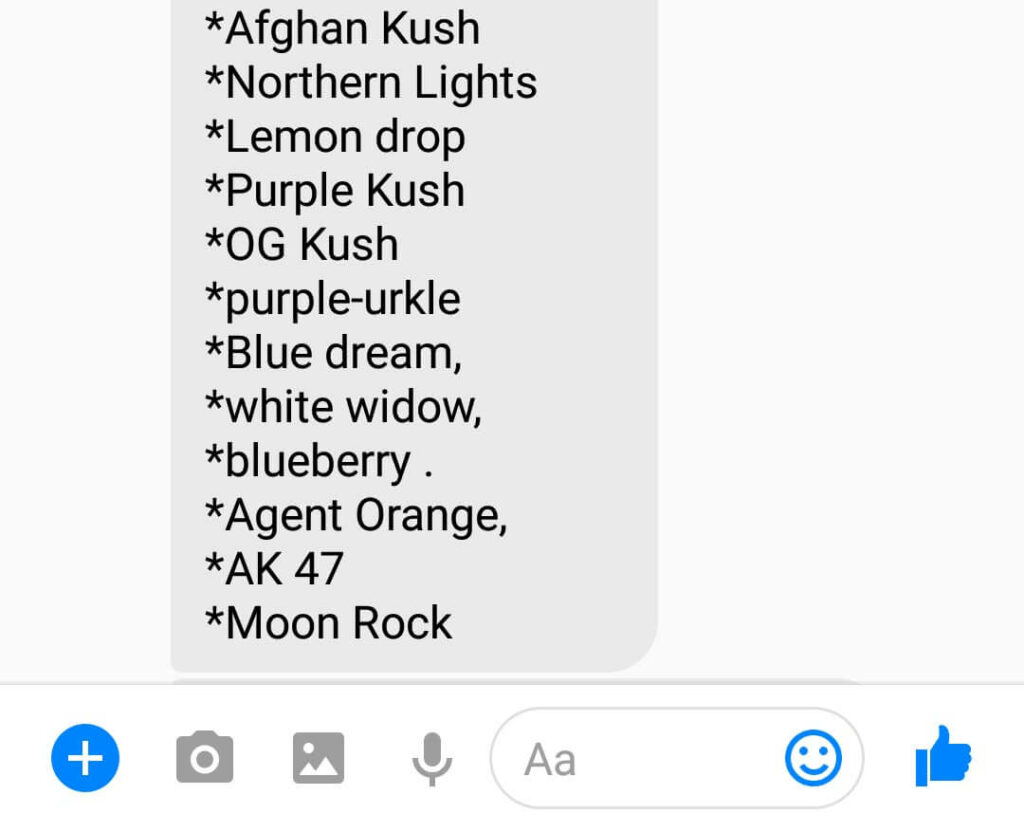 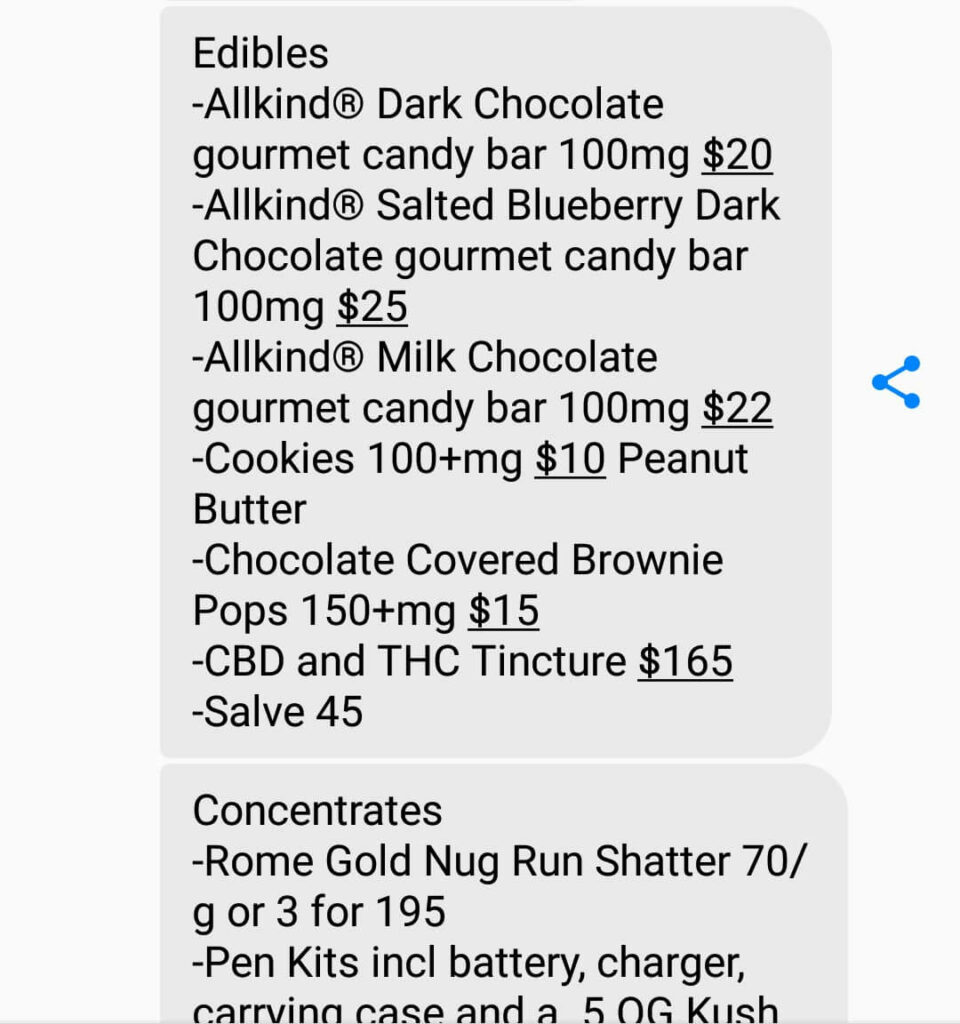 That’s quite a menu! So how do we get our hands on the goods? Let’s see now… 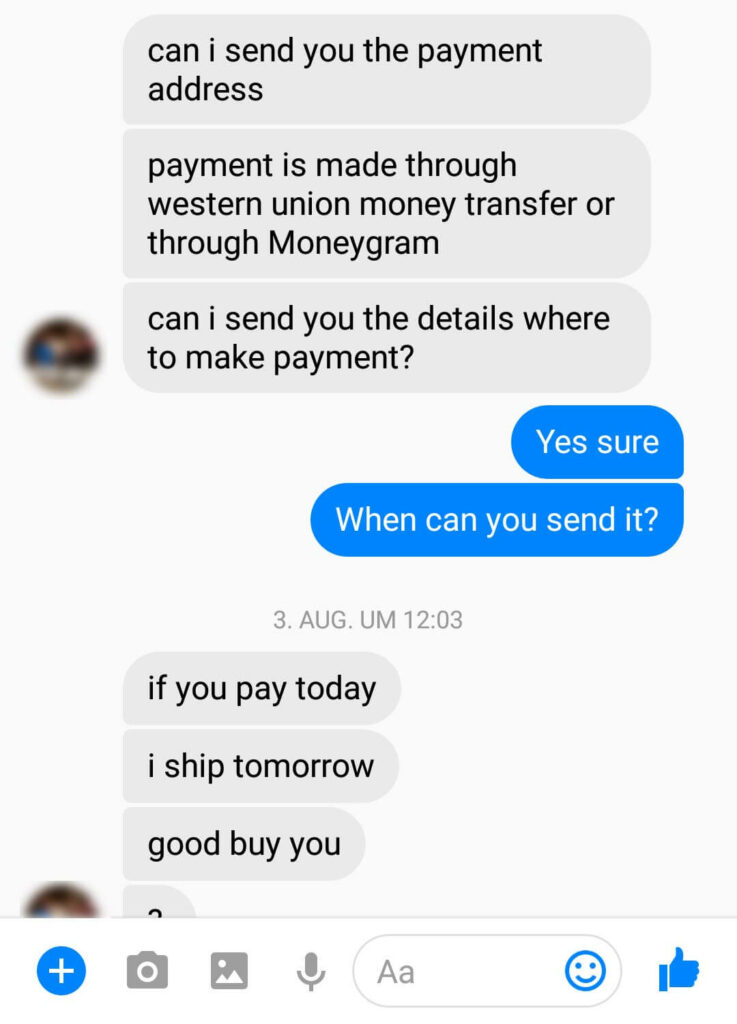 Hold on, Moneygram? I smell a scam… 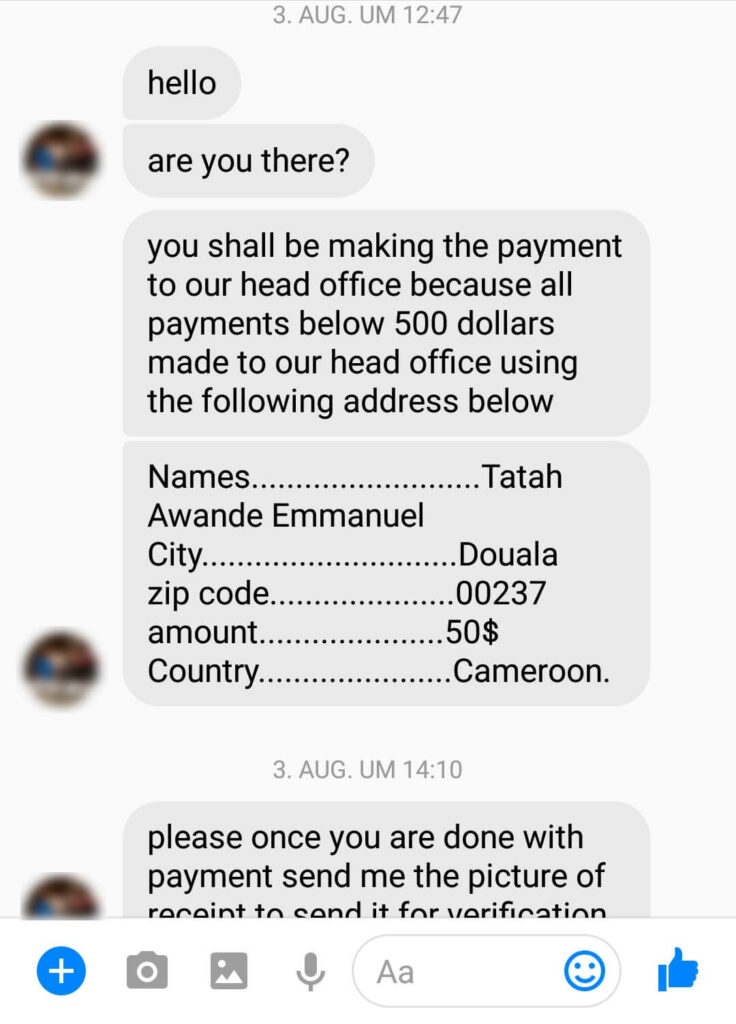 
Now the thing is, Facebook just does not allow advertisements for cannabis. In fact, they reportedly shut down pages of many legitimate suppliers of CBD products. They take a hard line against it, as cannabis remains illegal under international law, and the “legal” states and countries are ultimately defying those international laws right now.

Sure, it’s very likely that Facebook does facilitate weed sales all over the world. It’s a messaging system after all, and most likely every single messaging system in existence has been used to purchase cannabis at some point. In fact, the very first transactions ever done on the internet, when it was still just a bunch of college students, were to buy weed!

But those kinds of sales are generally done discreetly between people that already have established contact with each other. The chance of a random Facebook commenter ACTUALLY sending you some weed is pretty much zero, we would say. When their address is located in an anti-cannabis country in Africa, the chance is probably about a million below zero! 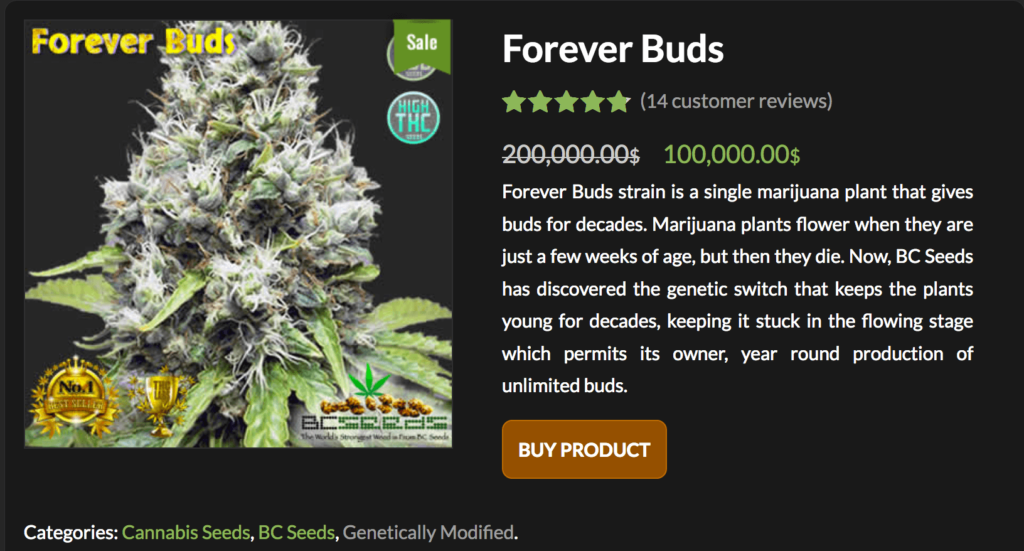 We found a truly incredible Canna-Scam while browsing randomly the other week. It’s a website that offers “GMO bud” that will flower “forever” – complete with “customer reviews” about 11-meter plants that have flowered continuously for three years!

However, if you actually click on the product it takes you to the website AmsterdamMarijuanaSeeds.com. Instead of “Forever Bud” for $100,000, they offer the chance to buy 10 Super Silver Haze Feminized seeds for €130! We’re not really sure WTF this scam is about, perhaps an old April Fool’s Day joke. But if you happen to have a spare $100,000 lying around, don’t give it to anyone from these websites!

Now this problem has been around for a few years, and it’s compounded by the fact that CBD production is controversial. Even the best operations will be criticized if they produce CBD from “hemp” varieties, as plenty of people in the industry wrongly think that hemp has no medicinal value. But there are plenty of high-CBD strains of hemp, and if you grow them according to the right principles they can and do have medicinal value.

But that’s beside the point. While there are plenty of good CBD producers out there, there also undoubtedly are plenty of scammers. Generally, if you buy European products you’ll be OK, as EU laws on food & medicine safety are some of the most stringent in the world. But if you buy products from China or Russia, two important producers of industrial hemp, you may fall victim to a scam. Hemp oil produced in areas where safety laws aren’t too stringent could contain dangerous levels of heavy metals. It may contain little-to-no actual CBD or may contain industrial chemicals used to process the oil.

If you’re buying CBD products to improve your health, as most people are, then you absolutely should steer clear of any products that aren’t from highly reputable companies. If you need tips on which companies to trust, contact us and we’ll tell you what we can.

This deserves its own entry, as it’s often the medical patients that get the shitty end of the stick here. In places where laws haven’t caught up with civilized society yet, news of the potential of medicinal cannabis is spreading anyway. Millions of patients are seeking a cure, and cannabis may provide it – but not if they fall victim to scams!

One of the most common Oil Scams is simply to claim the quality or potency is higher than it is. This tactic is as old as time, and for the most part, we’d say “Buyer Beware”! But when it comes to sick people, even children, the tactic goes beyond mildly unethical and becomes deeply, deeply shitty. Oil makers, don’t claim to know your precise cannabinoid/terpene content if you haven’t lab-tested!

Secondly, we’re constantly hearing horror stories of insane prices for cannabis oils and extracts. Again, it’s lack of availability and a captive market that causes this. Up in Washington State, patients can now access high-quality extracts at retail prices of less than $15 per gram! While over in the UK, untested extracts may be on sale for £80-100 per gram.

If you’re going through the right channels you shouldn’t pay more than £40-60 per gram for good-quality extracts in the UK. However, availability is so low and inconsistent that many people can and do fall victim to these scams.

So Who Can You Trust?

That’s a difficult question, and it doesn’t have an easy answer. Over in the US, at least the legal states, it’s getting easier to make informed decisions on dispensaries and vendors. Services like Leafly and WeedMaps are doing a good job of collating customer reviews and experiences of dispensaries. If a dispensary provides a bad service, someone will be talking about it online!

However, in the rest of the world it can be a little trickier, including in non-legal US states. If you need assistance in finding medicinal cannabis in the UK and Europe, look up the Cannabis Social Clubs. These days they are, by far, your best bet.

If you’re forced to buy from the black market, online groups and communities may help you avoid scams. Cannabis Oil Scammers is one group, started by South African activists but documenting scams worldwide. Another is the new and massively popular (although sometimes controversial!) group Eastvendors, which has a UK-specific focus and a cheeky, irreverent attitude to exposing scammers.

This is just a quick look at some of the Canna Scams out there. Tell us if we missed any, or if you know of other communities dedicated to outing scammers!

One response to “Watch Out For Canna-Scams! They’re Everywhere…”