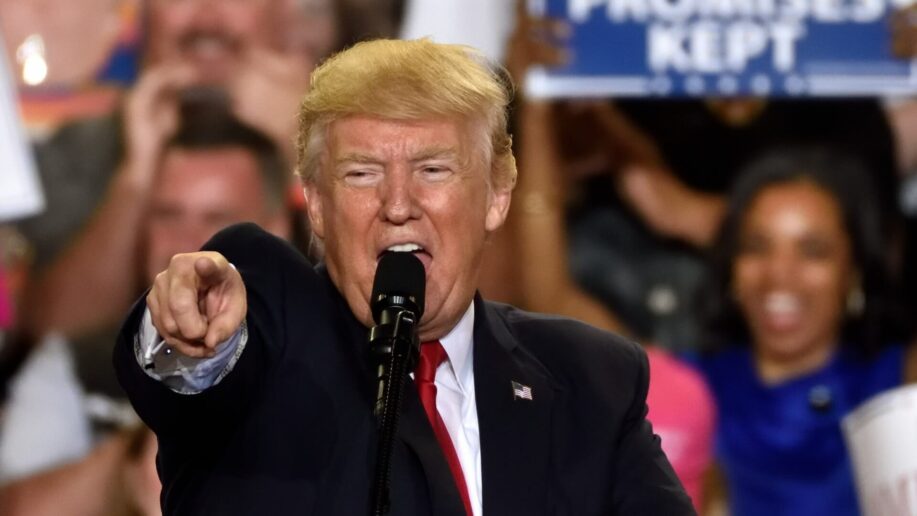 In an interview with a Las Vegas television channel this week,  Marc Lotter, director of strategic communications for the Trump 2020 campaign, said, “I think the president has been pretty clear on his view on marijuana at the federal level. I know many states have taken a different path, but I think what the president is looking at this from the standpoint of a parent — of a parent of a young person to make sure we keep our kids away from drugs.”

Lotter, whose face and haircut scream “angry gym teacher who hates having to dial 1 for English when he calls directory assistance,” added that federal marijuana prohibition “is the federal policy and if he changes that, obviously that’s something I wouldn’t want to get out in front of him on that.”

Lotter gave his interview in a state that has legalized recreational marijuana and has dozens of retail dispensaries, where a producer could easily buy edibles to slip to a campaign spokesperson in the green room an hour or so before an interview.

This is not the first time Trump or one of his surrogates have said something that made our high come down. In January, a recording from 2018 was released of Trump saying that cannabis makes people lose IQ points, which is strange because Trump has also famously stated that he himself has never used marijuana.

In the recording, Trump can be heard saying that he’s not sure if legal marijuana “is a good thing or a bad thing,” and then a minute later, he adds, summoning the words from thin air as is his wont, that “in Colorado, they have more accidents. It does cause an IQ-problem…You lose IQ points.”

It gets worse. In February, Trump released his administration’s budget proposal for 2021, which, among other things, proposed an end to an existing policy that protects state medical marijuana programs from interference from the justice department.

Known as the Rohrabacher-Blumenauer amendment, the policy dictates that the DOJ can’t use its funds to prevent states “from implementing their own laws that authorize the use, distribution, possession, or cultivation of medical marijuana.”

Whatever happens, one thing is for certain: legalization on a federal level is coming — but probably not in 2020. For now, smoke ’em if you got em.