Home » Health » CBD » Conditions You Can Treat With Cannabidiol (CBD)

Conditions You Can Treat With Cannabidiol (CBD)

Advertisement
It is thought that there are over 500 different compounds in cannabis. At least 100 of those are cannabinoids, compounds that are apparently unique to cannabis! Many of these cannabinoids have potential in medicine – and in particular, cannabidiol (CBD) appears to have a remarkable range of different applications and properties.

Now, doctors and even governments across the world have begun to take the medicinal properties of CBD much more seriously, as evidence continues to pile up of its effectiveness. In some cases, the cures that CBD has brought about have been widely described as miraculous. But when we know more about this remarkable compound, we see that it is no miracle – it’s just nature working at its finest. And it’s about time society recognizes this! 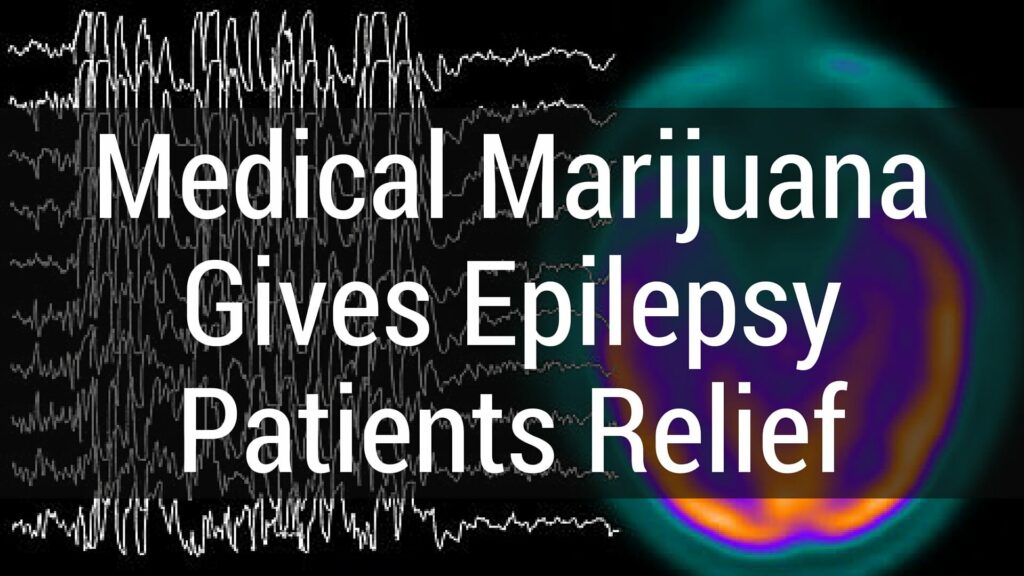 Beyond all other medical conditions, it’s epilepsy that most people now think of when talking about medicinal CBD. Sufferers of certain rare (and extremely severe) forms of epilepsy that usually arise in early childhood – such as Dravet syndrome and Tuberous Sclerosis Complex – have experienced near-total relief from using CBD.

What’s really remarkable is that there are no standardized treatments for many of these disorders, except for CBD! For example, GW Pharmaceuticals’ CBD-based drug Epidiolex is now the only approved treatment for childhood-onset, treatment-resistant epilepsy in the whole of the European Union. This sounds great, but Epidiolex is prohibitively expensive compared to other, “unapproved” forms of CBD – and it’s not available everywhere, so it’s not getting to the people that need it. 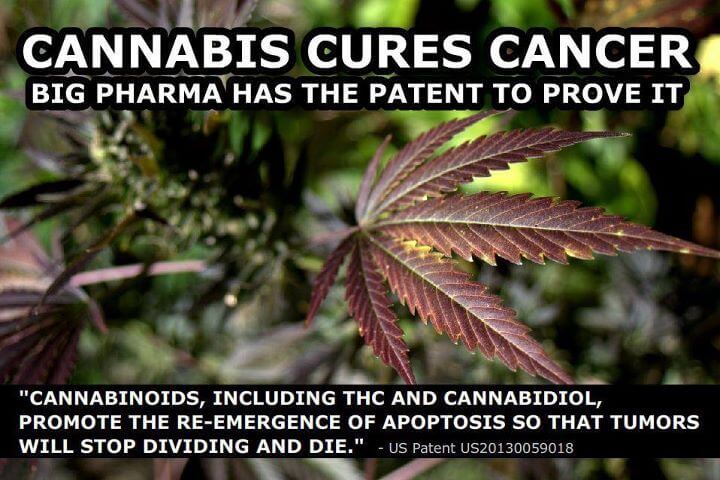 CBD has been repeatedly shown in preclinical research to have “antineoplastic” properties, meaning that it inhibits the growth of “neoplasms” (tumors). CBD is thought to stimulate immune system responses involved in a type of cell death known as apoptosis.

In normal cells, apoptosis occurs as a natural, expected part of cellular biology, and is an essential means of clearing away old, damaged cells and replacing them with new, vigorous ones. But cancer cells are able to survive far beyond the usual lifespan of a cell, as their mutated DNA allows them to evade this programmed death via apoptosis. However, CBD may have the ability to slow or halt the proliferation of cancerous cells by stimulating apoptosis to occur anyway.

CBD is thought to help in the fight against cancer in several other ways. It has various helpful properties that may contribute to an overall positive effect, including the ability to prevent angiogenesis or the formation of new blood vessels.

For a tumor to grow successfully, it must signal the body to grow new blood vessels to support its increasing mass with the blood and nutrients it needs. So it sends out chemical signals – but CBD may have the ability to block these signals and prevent the formation of new blood vessels, effectively starving the tumor! 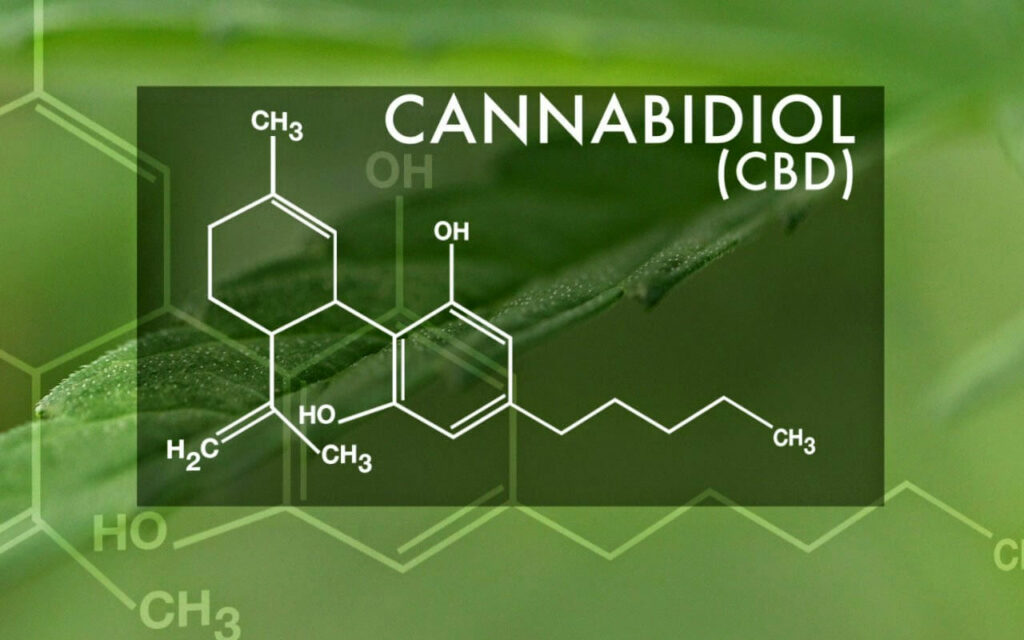 Multiple sclerosis (MS) is an painful, incurable condition caused by the body’s own immune system attacking the nerves of the brain and spinal cord – resulting in near-constant pain with regular “flare-ups” in problematic parts of the body.

However, there is a growing body of evidence pointing to cannabis as a useful means of managing many of the symptoms of MS. Indeed, the infamous GW Pharmaceuticals has a THC/CBD spray known as Sativex, and it’s approved for the treatment of MS – but yet again, it’s prohibitively expensive, so it’s not getting to many of the people that need it.

Most research to date has focused on the ability of THC & CBD in combination to manage MS symptoms including pain, muscle stiffness and spasms, and depression. However, there are one or two studies that show that CBD alone can have powerful anti-MS effects – so if you’re in an area with no access to legal medicinal THC or to a drug such as Sativex, you may find that CBD supplements help to some extent!

First off, a recently published study indicates that CBD may act to inhibit the release of inflammatory compounds, which lead to the destruction of nerve tissue in MS patients. An earlier study also showed that CBD could prevent the transmission of white blood cells across the blood-brain barrier. Some types of MS are thought to arise after the patient is infected by certain types of virus, and infected white blood cells are transmitted – when this happens, using CBD to prevent the transmission of white blood cells could mean that the development of MS is prevented!

CBD has been shown to have multiple positive effects against depression, anxiety, compulsion, psychosis and a whole load of related psychiatric symptoms. So what makes this remarkable compound so beneficial when it comes to managing depression?

At least one study has concluded that CBD has effects on the serotonin signalling system, which is fundamentally involved in regulating mood and subjective feelings of pleasure and reward. CBD may also act in conjunction with the body’s own main endocannabinoid, a substance known as anandamide, to produce new brain tissue and to help block the formation of traumatic memories!

CBD and its possible effect on diabetes has been the focus of intense research in recent years. There is strong evidence that the endocannabinoid system is fundamentally involved in regulation of metabolic processes related to appetite, satiety, fat and glucose regulation, and much more. When things aren’t working as they should with these delicate systems, obesity and diabetes are two of the serious consequences that can arise.

In several studies, administration of CBD has been shown to have positive effects – effects that may help manage existing cases of diabetes, obesity and related symptoms, or even to prevent them occurring in the first place!

In one study on mice from 2006, a sample group that was given CBD developed fewer cases of diabetes compared to the control group – showing that CBD could help to prevent the development of diabetes in the first place (at least in mice!). Another study from 2006 showed that CBD reduced oxidative stress in diabetes cases in rats, leading to improvement of diabetic retinopathy symptoms (this is a complication of diabetes that causes pain, swelling and blindness).

There have been decades of research and evidence into the ability of CBD to control psychosis, which is one of the primary symptoms of many forms of schizophrenia.

Recently, a 30-year review of all this research was published, which stated: “CBD prevented human experimental psychosis and was effective in open case reports and clinical trials in patients with schizophrenia with a remarkable safety profile.”

It is still not fully understood how CBD works to combat psychosis – but it is being taken very seriously by many cannabis researchers and mental health professionals, as well as patients themselves!

CBD Still Isn't As Available As It Should Be

There are dozens, possibly hundreds of conditions that CBD may help to treat, but research is still in the early stages for many of them.

However, scientists, healthcare professionals and patients throughout the world are finding that CBD is remarkably useful, and pressure is increasing on the governments of the world to ensure safe access to the precious compound.

In some cases, governments are beginning to take note – but it remains a devastatingly slow process, and the health and even lives of thousands of patients is at stake while the legal red tape continues to hold up the process of regulation and legalization.

In general, CBD can be obtained via legal channels much more easily than cannabis or THC-based medicines – it is not illegal under international law, largely due to the fact that it does not cause the pronounced psychoactive effects of THC.

But despite this, decades of being demonized by governments and law enforcement around the world have caused immense damage to anything and everything related to the dreaded “devil’s drug” that is cannabis – including safe, medicinal compounds such as CBD.

It will take many years for cannabis and its component substances to become fully legitimized – but at this stage, it may well be inevitable. The potential of CBD and other cannabis compounds cannot be denied – and as we realize the true power of the natural compounds we have at our fingertips, we are beginning to understand that they can bring about nothing short of a revolution in medicine.

This article was amended on Thursday, 30th March 2017 by Seshata.