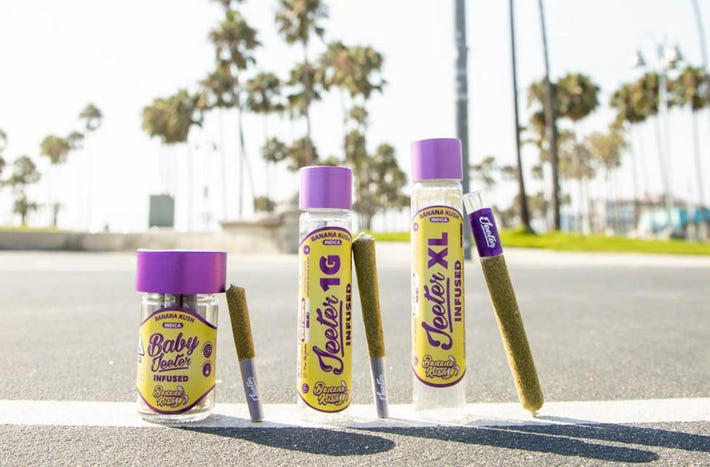 Two cannabis businesses in California that market “the one Joint that can bring you to Mars quicker than Elon Musk” are being sued for allegedly failing to deliver on the promise.

Jasper Centeno of Long Beach, California, and Blake Wilson of Fresno, California, are named in a class-action complaint against Jeeter prerolls. The lawsuit claims that the joints falsely promote having significantly greater THC contents than they actually do.

According to the lawsuit, both were dissatisfied with the product’s potency and consequently sued DreamFields Brands, Inc. and Med for America, the parent businesses of Jeeter, for deceptive advertising.

According to the lawsuit, Centeno bought a few Jeeter items from the Kushagram dispensary in Long Beach twice in the months of August and September. Wilson

According to the complaint, an independent lab test on one of Jeeter’s purported 46% THC joints revealed the product actually contained between 23 and 27% THC concentration.

“The complaint alleges that by labeling its products with inflated THC numbers, defendants are overcharging consumers.”

A spokesperson for Jeeter said, “The allegations regarding our THC levels are false.”

“We take pride in our compliance and commitment to state-mandated testing procedures, including independent, third-party testing,” the spokesperson added. “The product and our integrity is something we truly value as a company and take all the proper and legal steps before our product hits the shelves.

The lawsuit asserts that Jeeter’s purportedly increased THC level is a growing issue for the marijuana industry as a whole.

“The demand for high-THC products has, unfortunately, led to ‘THC inflation’— the practice of intentionally listing false, high THC content on labels,” the lawsuit said.

Centeno and Wilson seek punitive damages, an injunction against the company, and a jury should the case go to trial.

“However baseless and ridiculous these claims are, we take them very seriously and look forward to the truth coming to light,” Jeeter’s spokesperson said.