Biden & DOJ: People Who Use Medical Cannabis Are Too Dangerous To Possess A Gun - International Highlife 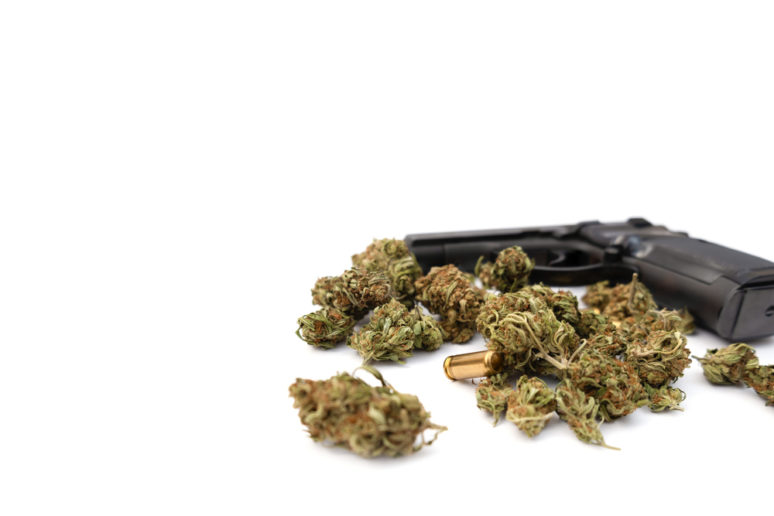 Nancy Fried, the attorney general of Florida, filed a case, which the Justice Department is attempting to have dismissed.

The federal government’s ban on medical marijuana users owning or possessing firearms is challenged in the complaint.

According to the federal government, marijuana users are too dangerous to be allowed to possess firearms.

Fried and her team contend that there is no evidence to back up this assertion and that marijuana has been used medicinally for a very long time. They also claim that a provision protecting state medical marijuana programs is being broken by the federal government.

“Marijuana users pose a danger comparable to, if not greater than, other groups that have historically been disarmed,” such as mentally ill people, Justice Department lawyers wrote.

The Justice Department’s brief does not assert how weed usage leads to violent behavior. Instead, it focuses on how marijuana affects “judgment, intellect, and bodily coordination,” which has been noticed by other courts and is acknowledged by Florida in the permission form it demands from medical marijuana users. The Justice Department contends that these consequences render marijuana use incompatible with ethical gun ownership.

Of fact, many legal medications could be subject to the same defense. However, those who use psychoactive prescription medicines, such as benzodiazepines or opioid analgesics, are not prohibited from owning guns by the federal government. Additionally, it does not forbid gun ownership by drinkers, despite the fact that the Justice Department acknowledges that certain states have “alcoholics” or “intoxicated”-targeted gun restrictions. Contrarily, the prohibition on cannabis use extends to anyone who uses a pistol while intoxicated.

The Justice Department uses a 2019 case in which a federal appeals court stated that “habitual drug abusers, like the mentally ill, are more likely to have difficulty exercising self-control, making it dangerous for them to possess deadly fire-arms,” to draw comparisons between cannabis users and “the mentally ill.” However, having a gun is not completely prohibited for those with psychiatric conditions. Only those who have been “adjudicated as a mental defective” or “committed to any mental hospital at age 16 or older” are subject to federal disqualification.

That restriction is undoubtedly overbroad because it covers individuals who were never determined to be a danger to others and continues for a considerable amount of time after they underwent forced treatment. But contrary to what the Justice Department claims, the rule is not nearly as wide. Why does the federal government presume that all cannabis users are unable to exercise their right to do so without endangering the public if it can make differences among “the mentally ill,” the majority of whom are permitted to buy guns?

Fried claims she is dissatisfied with the Justice Department’s justifications and that she plans to reply to their motion to dismiss the case.