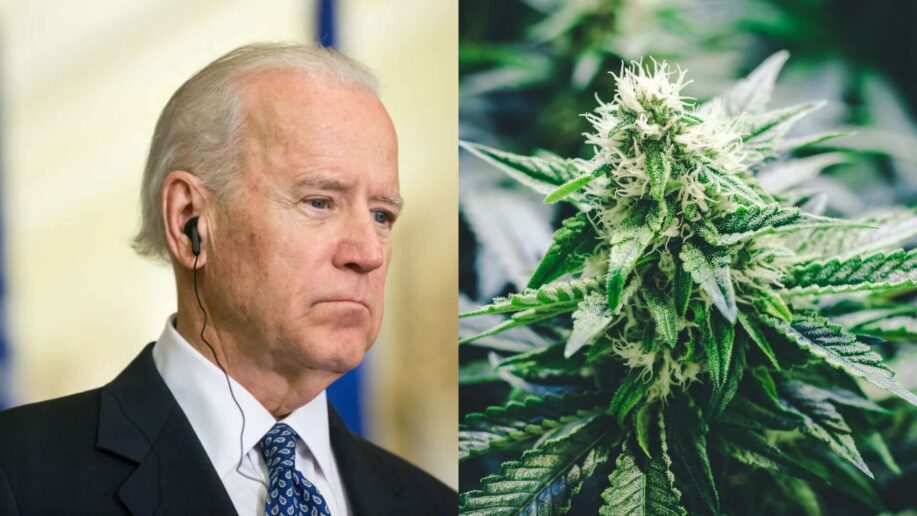 Former Vice President and presumptive 2020 Democratic US presidential nominee Joe Biden is jumping on the decriminalization bandwagon, and this week announced he would “decriminalize the use of cannabis and automatically expunge all prior cannabis use convictions.”

Biden’s about-face on cannabis is part of a criminal justice program called “Plan for Black America,” which includes cannabis decriminalization, expungement of convictions related to cannabis use, and ending “all incarceration for drug use alone,” instead opting for drug courts and treatment.

Biden also wants to make broader policy changes, including an end to the crack-versus-cocaine sentencing disparity, repealing mandatory minimums, abolishing the death penalty, and sending people with minor drug convictions to treatment instead of prisons.

Biden, until fairly recently, held long outdated views on substance misuse and specifically cannabis. As recent as November 2019, Biden suggested that “there’s not nearly been enough evidence that has been acquired as to whether or not it is a gateway drug.”

“It’s a debate, and I want a lot more before I legalize it nationally,” he said. “I want to make sure we know a lot more about the science behind it.”

In the five months since taking that stance, Biden has made several conflicting statements on cannabis, at times suggesting he would advocate for the legalization of cannabis, while just days later suggesting the plant should remain a controlled substance.

Biden’s seemingly ongoing opposition to the legalization of adult cannabis has been a lingering source of frustration among Democrats and criminal law reform advocates.

“Considering the long violent history of the United States war on communities color, this plan is a half measure at best,” Jason Ortiz, president of the Minority Cannabis Business Association, told Marijuana Moment. “True equity for our communities would include an admission that our federal government committed a massive crime through the war on drugs, and a plan to undue that damage and make our communities whole.”

“True equity must include a release of all cannabis prisoners, massive community investment and a legal cannabis marketplace owned and operated primarily by people of color,” he added. “I’m not convinced Biden is there yet but we must all continue to push him for the sake [of] our communities.”

During his time as a senator, Biden played a major role in authoring and promoting punitive anti-drug laws that contributed to mass incarceration.

“Biden’s plan calls for the decriminalization of cannabis and the end of all incarceration for drug abuse,” Ortiz said. “While that flies in stark contrast to the vice president’s record, it is a promising sign that more modern approaches to criminal justice are being discussed and taken seriously by his campaign.”

“Now it’s up to the movement for cannabis justice to force him to put his proposed policies into action immediately.”

While the former vice president’s new racial justice plan doesn’t include any new drug policy proposals, it does highlight previous measures that have particular relevance to minority communities.

“Today, too many people are incarcerated in the United States—and too many of them are African American,” the plan states.

“To build safe and healthy communities, we need to rethink who we’re sending to prison, how we treat those in prison, and how we help them get the health care, education, jobs, and housing they need to successfully rejoin society after they serve their time. As President, Biden will strengthen America’s commitment to justice and reform our criminal justice system.”

Who knows, maybe Biden, or his campaign, will soon understand that the vast majority of Americans support the legalization of cannabis at a federal level. With state after recording record sales and record tax revenue, it should be just a matter of time until the presumed Presidential candidate will get behind cannabis legalization.