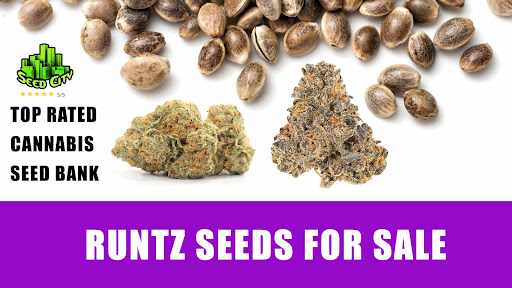 Today we are going to talk about a UK-based website with some of the rarest marijuana seeds for sale. Seed City is the best 420 seed bank to find rare cannabis seeds such as Runtz seeds. This marijuana seed bank is a marketplace for collectors and amateurs alike. They provide easy access to a multitude of marijuana seeds and knowledge. The display is easy to navigate, and each cannabis seed for sale has a detailed list of tips and facts to help best grow each plant to its highest potential. With hundreds upon hundreds of positive reviews, it is clear to see that Seed City is a leader in the cannabis cultivation industry.

Pair that with years of being in business, and you see a flourishing company built on great value. Customers boast about fast shipping, discreet packaging, easy-to-find products, and high-quality products every time. They are also known for their high germination success rate, and outstanding customer service.

Seed City is the number one marijuana seed bank to find high-quality products and trusted breeders every time. They succeed in their mission of bringing their customers fast, reliable, superior products and services.

What are Runtz  Cannabis Seeds?

Runtz genetics has recently been made available by several trusted and credible cannabis seed breeders. This highly rated cannabis seed bank was recently highlighted on Leafly.com for one of its marijuana seeds which won an award. They are a well-known marijuana seed bank, and they have a number of Runtz seeds for sale on their online site. They’re one of the all-time cannabis seed banks on the internet. Furthermore, they stick to their mission of creating a blissful customer experience. They truly deliver and have one of the most extensive seed banks today.

Runtz comes from a combination of two well-known strains. These are Zkittlez and Gelato #33. Runtz strain first entered the scene when it entered the 2017 Santa Rosa Emerald Cup. The combination of these two strains is what gave way to what we currently know as the Runtz strain. It is known for its average high THC levels, which average out to about 22% to 24%. It is considered a hybrid strain that has almost equal parts sativa and indica. This allows consumers to get a wonderfully blended high.

With Runtz cannabis seeds entering the market, there are many reputable seed breeders that have come out with other mixed strains. These include Rainbow Runtz, Forbidden Runtz, Jumbo Runtz, Peach Runtz, and Gold Runtz Cake.

Growers Choice prides itself on being a top-notch producer of cannabis seeds. Their seeds are lab-tested and guarantee that 90% of the seeds you receive will germinate. They are based in Holland, Canada are a leader around the world for breeding and selling quality 420 seeds.

The Rainbow Runtz is known for its dense buds. They are deep green in hue. The buds have even been seen to grow pink or purple, creating a beautiful sight. One cool thing about this plant can be grown in cold or warm climates. It can be grown either indoors or outdoors. It needs 12-hour light and dark cycles during its growing period. Its outdoor harvesting month is October.

Fast Buds cultivated Forbidden Runtz. It is a wonderful hybrid that is more indica dominant in nature. It has notes of fruit that are said to have a candy-like taste when smoking. It has a maximum of 26% THC. The most impressive part of this strain is the high it provides. It starts out as a head high and shifts easily into a nice body high. This allows for the enjoyment of both sativa and indica in one easy smoke session, whether alone or with friends.

FastBuds is a company that officially came on the market in 2012. The company moved from the US to the UK to start the company. Since then, FastBuds has won over 20 different awards for their prize-winning cannabis seed genetics. They pride themselves on consumer feedback and aim to broaden the auto-flowering market to make superior genetics more accessible.

This wonderful strain is given away by its appearance. The soft, airy buds are covered in orange fuzz like a peach. The resin they are covered in causes them to look white in most cases.

Forbidden Runtz can be grown either indoors or outdoors. The only thing that can change is specific planting instructions, whether it is indoor or outdoor. It is known to produce an average yield. Its indoor flowering period tends to be 56-90 days. Furthermore, it is considered a large to extra large plant and should be planned for as such if being planted inside.

The Jumbo Runtz strain is a remake of the original. It is known for its big, jumbo buds that the seeds produce. It is said to have the same fruity smell and taste as the OG Runtz. Jumbo Runtz has an average THC level of 27%. It is still a 50/50 split hybrid. Not only does it have bigger buds than the OG, but it also has a faster flowering time than the classic Runtz strain. It is known for having an intensely powerful high.

Yield monger Seeds is a partnership with breeders and experts. Their goal from the start of their journey was to find a way to take well-known strains with the best genetics and breed them to get the most impressive set of genetics available. They breed for bigger and better yields while maintaining the originals’ already amazing qualities.

It can be grown inside or outside for a flexible growing environment. It can grow quite tall. Its average height tends to be 81 to 140cm. Its flowering time, indoors, tends to be between 55 and 90 days. When grown outdoors, this strain is best harvested in the middle of October.

Spitfire Genetics is a breeder based in the United Kingdom. They perfected Peach Runtz cannabis seeds by crossing Runtz and Peach Cubez, which was also bred by Spitfire Genetics. These seeds are seen mostly producing dense buds and the plants yield a large harvest.

Spitfire Genetics was founded in 2021. Since then they have displayed they produce premium seeds. The Peach Runtz has several 5-star reviews on this cannabis seed bank. This just proves that Spitfire Genetics has created a great strain that pleases its customers.

Peach Runtz needs a balanced 12-hour light and dark cycle during growth. They can easily be grown in outside or inside environments. It provides an average yield for most plants grown from these seeds. Peach Runtz seeds start to flower in approximately 56 to 90 days.

Gold Runtz Cake is a new take that was bred by Purple Caper Seeds. It is a cross between the 24k strain and the Runtz Cake strain. They are available for purchase exclusively on this marijuana seed bank online. Purple Caper Seeds has been around for 30 years and are based in California. They have won a number of awards in California for their top-shelf breeding. Unlike most other cannabis breeders and farmers, they try to focus on father plants to ensure the exceptional genes are passed down to the seeds and plants the customers receive.

Gold Runtz Cake is an autoflowering plant, so it has no specific flowering period. Like most Runtz seeds, they can be grown indoors or outdoors. It generally has an average yield when it comes to harvest. It tends to flower between 56 and 90 days.

These various Runtz strains display similar characteristics. Yet, each has certain sparks that make them favorites among consumers. These new strains have swept the country and quickly become a favorite across the community. They started to grow in popularity due to celebrities and rappers in California. Since then, it has become an award-winning cannabis strain that everyone agrees is powerful and intense. 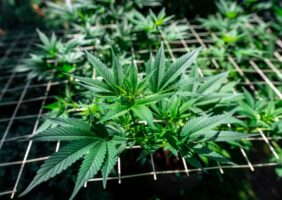 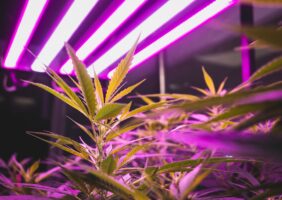