Bernie Sanders: "I Will Legalize Cannabis Through Order" | Highlife 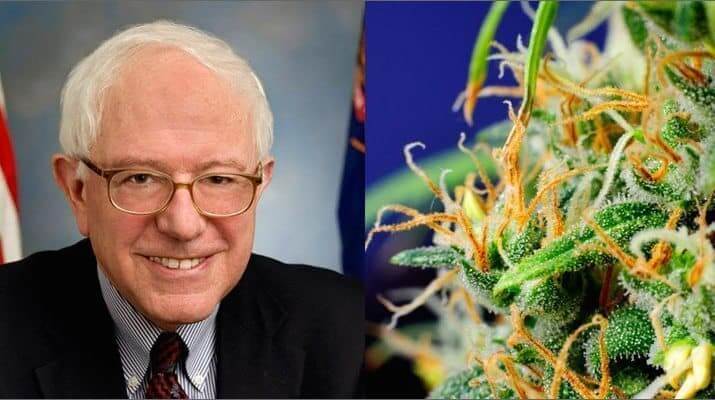 Bernie Sanders: “I Will Legalize Cannabis Through Executive Order”

Legalizing cannabis has been part of Bernie Sanders’ policy platform for many years. The Democratic presidential candidate has called for an end to the “destructive ‘war on drugs” as part of his racial justice and criminal justice reform policies.

In a recent interview with Joe Rogan, Sanders got specific, pledging to legalize cannabis by executive order.

“When I ran for president for the Democratic nomination in 2016, I talked about a broken criminal justice system, which ends up having in the United States more people in jail than any other country,” Sanders told Joe Rogan on The Joe Rogan Experience podcast. “And what I call for then, and I call for now, is the legalization of marijuana in America.”

Sanders outlined his plans in response to Rogan pointing out that pesticides and other poor agricultural practices can endanger cannabis consumers in states where it’s currently legal.

“All of this because it’s not federally legal,” Rogan added. “Because we can’t have sanctioned, licensed companies doing an ethical job of growing something that any responsible, law-abiding person should be able to consume.”

Sanders’ approach to cannabis legalization takes aim at the Controlled Substances Act, which puts cannabis in the same Schedule One category as heroin, MDMA, and psilocybin.

“That is insane. Heroin is a killer drug,” he said in the episode. “You can argue the plusses and minuses of marijuana, but marijuana ain’t heroin. So we have to end that and that’s what I will do as President of the United States. I believe we can do that through executive order and I will do that.”

In 2016, Sanders became the first major presidential candidate to endorse cannabis legalization. That position followed The Ending Federal Marijuana Prohibition Act of 2015, a Senate bill he authored that would have removed marijuana from the Controlled Substances Act.

The bill received no co-sponsors.

“I think ultimately we have got to legalize marijuana, and what’s good news is some communities, some cities, are expunging the records. So if you were arrested [and] have a criminal record for selling marijuana, that is being expunged. And that is the right thing to do,” Sanders told Rogan.

Despite being a proponent of the war on drugs throughout his Senate career, current Democratic frontrunner Joe Biden supports decriminalization and has said: “nobody should be in jail for smoking marijuana.” But he opposes full legalization.

“Biden’s views are far out of step with the American public and he holds the worst record on cannabis-related policy of any individual currently running for the Democratic or Republican nomination,” said Erik Altieri, executive director of the marijuana reform organization NORML, in a statement to Rolling Stone.