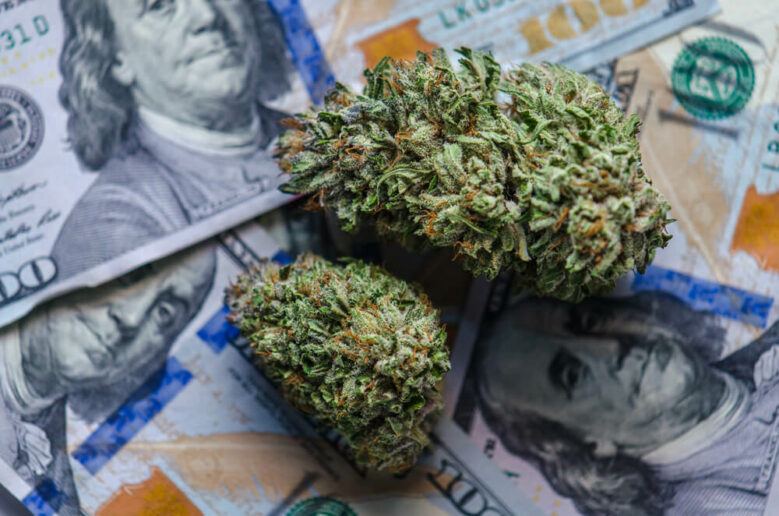 Now that legalized marijuana is starting to permeate the United States a little more, consumer behavior researchers are starting to notice trends in the legal marijuana buyer’s spending habits.

LendEDU conducted a survey of 1000 people from Alaska, California, Colorado, Washington D.C., Maine, Massachusetts, Nevada, Oregon, and Washington, states where recreational marijuana had been legalized for purchase. The participants were all screened to be confirmed marijuana smokers and a condition of the study participation was to be open with their consumer habits.

The average amount spent on marijuana products in legal marijuana retail operations was $111.05. It’s important to note, that this study examined recreational cannabis, so all cannabis purchased represented a luxury item rather than a medicinal need.

When asked about how their cannabis purchases stacked up against other luxury or extra purchases, just over 27% said that they spend more on marijuana than eating out at restaurants. While eating out on the regular is a lifestyle choice, it was pretty revealing to see that over ¼ of the participants prioritize weed over dining out for their entertainment fund.

Speaking of entertainment funds, half of the respondents indicated that they put their marijuana purchase into their monthly budgets. This is a pretty strong indicator that those who have access to legal cannabis are pretty serious about its inclusion in their lifestyle.

While the average legal cannabis consumer spends $111.05, each consumer makes an average of 6.22 product purchases per month, with an average cost of $17.85 per purchase.

While this study didn’t do much to reveal WHAT these consumers were purchasing, Marijuana Business Daily’s Marijuana Business 2017 Factbook reveals that infused edibles are the fastest growing product category in the legalized market. Despite this, flower is still the leading product that people are going for when purchasing marijuana from a dispensary.

When LendEDU asked survey participants whether access to legal weed has increased or decreased their monthly purchase of their stash, the crowd was split. 54.2% indicated that their monthly acquisition of weed has gone up while 45.8% of respondents indicated their purchases had decreased.

The analysis of the survey by LendEDU is quite keen as they recognized that they needed to examine the data revealed about purchase costs against the price of cannabis.

In some states, like Washington, the cost of crop has plummeted since 2014, losing its value. In other states like California, who just experienced a loss of $1B in crop due to the Northern California wildfires, prices will fluctuate. This proves that the cannabis market is just as volatile as any other market in the world of business, subject to feast or famine for profits.

The LendEDU study acknowledges that as legalization spreads, there will be more opportunity to study the consumer behaviors of cannabis smokers. These efforts will only continue to prove the lucratively and economic benefit to so many as a result of the cannabis industry.