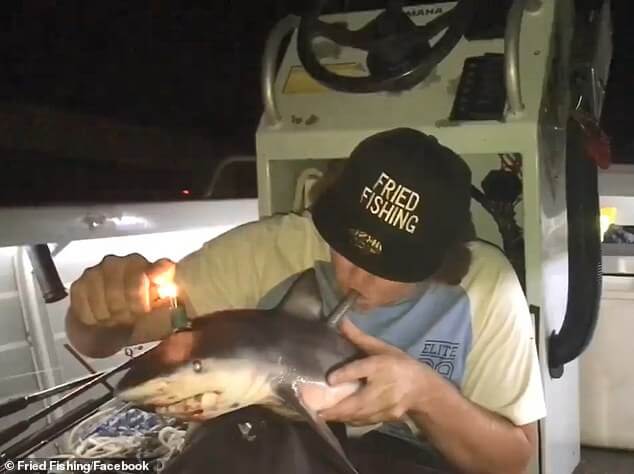 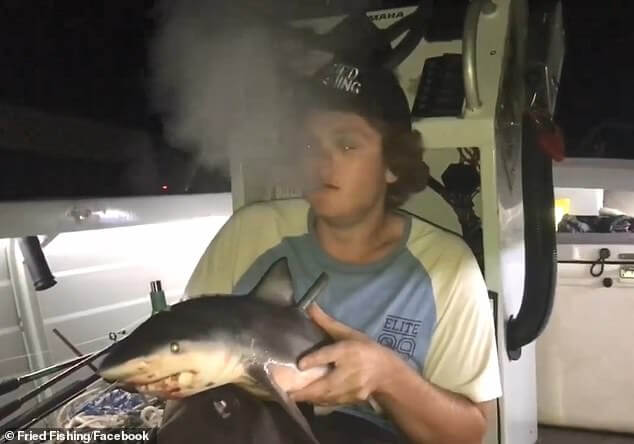 A fisherman has filmed himself using a dead shark as a bong and the video got “viral” on Facebook. The disgraceful video shows the man on a fishing boat holding the shark which has two tubes protruding from its head and rear.

The man then lights the makeshift bong and breathes in through the mouthpiece on the shark’s tail. The shark appears to have been hollowed out to allow smoke to flow through. After his breath, the man leans back, nods and exhales.

In the background, you can hear the children’s song Babyshark.

The video was posted on the Facebook page Fried Fishing Australia which has 21,000 followers. Already more than 1000 people commented and another 1000 liked the video.

Fried Fishing issued an official statement on their facebook page:

“Let’s clear some air up on this. The shark was caught by my mate fishing when we were fishing for mangrove jacks on Friday. After two nights left in the icebox i came up with the idea. There is no possible way it was alive. It was tobacco I’d happily take a drug test to prove.”

Not sure what we can add to this…maybe one thing, can we please stop to use dead animals as a bong?