America's Longest Serving Weed Prisoner To Be Released After 31 Years 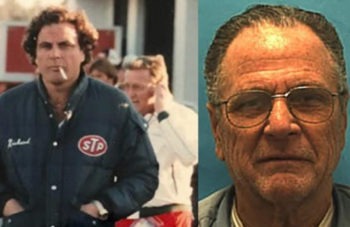 The man described as the longest-serving inmate for marijuana crimes in the country will be out of a South Florida prison before Christmas.

Richard DeLisi was sentenced to 90 years by a Polk County, Florida, judge after his conviction in 1989. He will be released in December, 18 months ahead of his scheduled departure, The Last Prisoner Project announced Monday in a news release. The nonprofit, which advocates for inmates serving long sentences based on nonviolent, marijuana-related offenses, has been seeking DeLisi’s early liberation.

Advocates say DeLisi, a 71-year-old who is being held at South Bay Correctional Facility in Palm Beach County, is at high risk of death if he contracts COVID-19 because of various health problems.

This will be the first Christmas since 1988 that DeLisi doesn’t spend behind bars.

DeLisi and his older brother, Ted DeLisi, were convicted in 1989 of trafficking in cannabis, conspiracy to traffic in cannabis and a violation of the Racketeer Influenced Corrupt Organization (RICO) Act. Judge Dennis Maloney sentenced both brothers to three consecutive 30-year sentences, well beyond the recommendations in judicial guidelines.

It feels amazingly wonderful to know that I will be home with my family and loved ones very soon,” DeLisi said, as quoted by his legal team in the news release. “I am grateful to everyone who has been there and helped me along in these long years.”

Ted DeLisi successfully appealed his conspiracy conviction and was released from prison in 2013, but Richard DeLisi’s appeal was rejected.

The Last Prisoner Project estimated that Florida has spent more than $1.6 million on DeLisi’s incarceration to date and said it typically costs $70,000 a year or more to hold an inmate older than 50.

“I am so excited to hug my children and grandchildren,” DeLisi said in the statement provided by his legal team. “I have missed so many important moments with them and I can’t wait to get out there and create precious memories with everyone. I am so thrilled that this dark chapter of my life is finally over.”