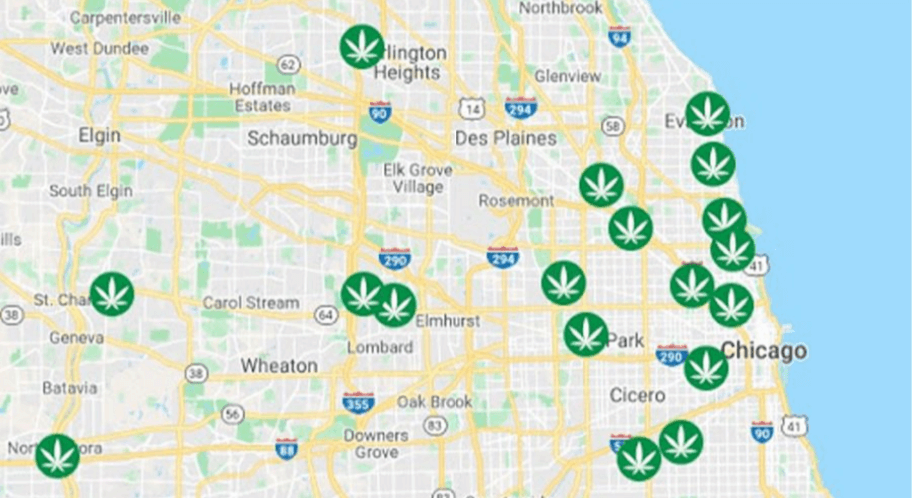 The Airbnb of Weed Offers Stoner-Friendly Lodging Around the World

Traveling with weed can be a pain. Airlines don’t like it when you take it on the plane, if you’re on a road trip it can make traffic stops very uncomfortable, and unless you’re tall enough to wrap a washcloth around the smoke detector, most hotel rooms aren’t weed smoke friendly, either.

A safe space is needed.

Founded in 2013, the Denver-based Bud and Breakfast is an all-in-one website for “cannabis friendly lodging” in cities and towns across the United States and Canada, as well as countries including Portugal, Puerto Rico, South Africa, and Colombia, to name a few.

Think Airbnb for properties where you’re allowed to get high (not that it ever stopped you before).

Speaking to the Chicago Sun-Times this week, CEO Sean Roby said “the whole reason for Bud and Breakfast is to provide a safe and legal haven,” adding that after he launched the company in 2013, he learned that even a year after marijuana was legalized in Colorado, visitors were still getting fined or ticketed for getting high on the premises of their hotel.

The occasion of the Chicago Sun-Times report was the posting of a number of Chicago area listings on the site, only a month after recreational marijuana sales became legal in Illinois. So far the site has only 7 results in the Chicago area – but if you pan out to a 100-mile radius you have 15, including one in South Bend, Indiana where you’re going to need to smoke weed to make it through your stay, even if you weren’t forced to go to a Notre Dame game.

In the Windy City, you can find a property called “Chicago Hideaway” which has no full kitchen but does include a microwave for Hot Pockets, as well as a coffee maker and fridge. It also has a strict no candles or incense rule, which confuses us.

There is also a listing in the Wicker Park neighborhood that has “a large walk in closet that is wide open for your things so you can unpack and make yourself at home and it even has a hammock in there if you want to HANG out.”

They obviously want people to hotbox the closet, unclear why they don’t just say it.

And we don’t feel safe discussing the listing in Evergreen Park with the rule – “basement off limits while I’m not home.”

Back in Colorado, one listing allows you to smoke – but only vaporizers, otherwise you’ll have to use the tipi out in the yard. More importantly, they have a “NO CATS EVER” rule.

Finally, a listing in Colorado Springs warns you that the owner’s husband works at home, but not to worry, he has a locked office.

The Bud and Breakfast homepage has some nice footage of racially-not diverse people doing yoga, smoking next to a fire pit in a backyard, and sitting in a jacuzzi. On the listings, you can filter the results by area, and amenities, including Wi-fi, parking, gym, and our favorite – “cannabis included.”

This is where it gets interesting. In Jamaica, all 47 listings are “cannabis included,” while in Mexico there is only one and it’s a private yacht. Which just leaves us with more questions than answers (is the weed in bricks? What laws apply in international waters? Can the yacht outrun the Coast Guard?)

Bud and Breakfast is not to be confused with “Bud + Breakfast”, which was founded by former Wall Street Lawyer Joel Schneider in 2014 as a chain of weed bed and breakfasts in Colorado, where you have the option of ordering a wake and bake breakfast, with eggs, bacon, and edibles in meat or starch form.

When it comes to breakfast and other amenities, Roby told the Canadian Broadcasting Corporation “for breakfast, to start, we’ve seen microdose-infused cannabis blueberry pancakes. I’ve seen cannabis hollandaise sauce. [For] dinner, top chefs are being flown in to cook.”

He added, “experience-wise, we’ve seen everything from CBD-infused massages [to a] person up in California [who] is now putting up a zip line where they can zip over their pinot noir grapes, their cabernet and then there’s some OG Kush and there’s some Super Silver Haze on the side. We’ve seen yoga classes where people are partaking of the herb and then doing yoga. We’ve seen ‘puff and paint’ classes. It inspires creativity for a lot of people.”

Buddy, we just want a place to stay where we can smoke weed and not set off the smoke alarm.