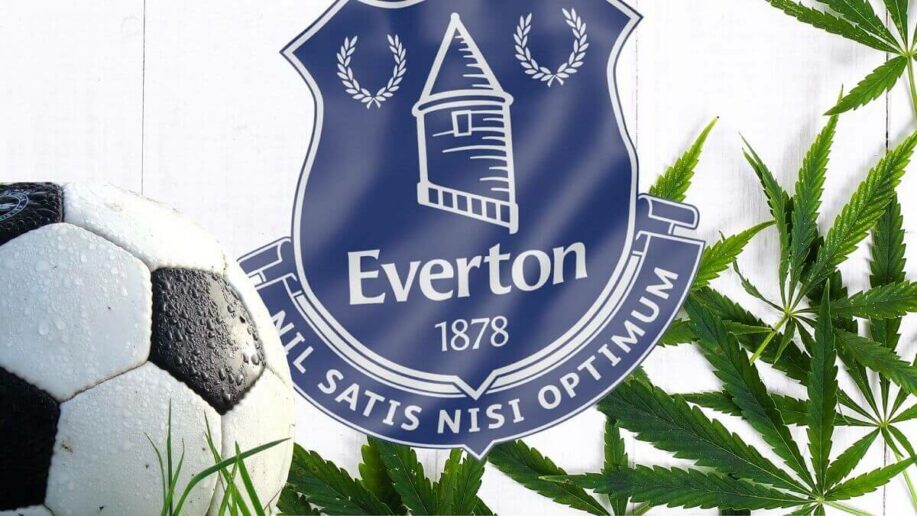 English Premier League team Everton F.C. could become the first European football team to have a cannabis company as its main shirt sponsor.

According to various reports from sports media, Swissx, which was founded by billionaire Alki David and is one of the world’s leading producers of CBD products, is in talks with the club.

Swissx previously attempted to buy the naming rights to FC Barcelona’s Camp Nou stadium, which are currently up for sale to raise money for coronavirus relief, but wasn’t able to close the deal.

“I’m not walking away from Barca, I’m keeping the door wide open. But we are now engaged with Everton to take over their shirt. The front of their shirt.,” David told Insider.

“They contacted me and have already offered designs with the whole Swissx logo in blue, which I’m not crazy about, but it will look nice.”

“When I first came to England, everybody was supporting Man United and Liverpool, and everybody was red,” he added. “Being contrary, I liked blue and I liked the logo so randomly I selected Everton to support. So it’s sort of a mystical come around.”

Various reports in British media claimed that Swissx was co-owned by former world heavyweight boxing champion Mike Tyson but a representative for Tyson denied to Insider that the boxer has no connection to Swissx.

Everton is currently sponsored by Sportpesa, but will choose a new sponsor before next season after the deal with the betting firm was cut short.

Should Everton partner with Swissx, it would make it the first club in Premier League history to have a cannabis-based product as its shirt sponsor.

Earlier in the week, David told BBC Sport he wanted to buy the naming rights to Barcelona’s Camp Nou, because it is a “great stadium” and the deal “seemed like an amazing idea.”

Strangely enough, Barcelona denies having had any contact with Swissx but David says the Spanish club is afraid of admitting ties to a cannabis company.

“The bottom line is they are being really precious about this being a cannabis brand. But they’ve got to realize that UFC embraces cannabis, and other major sporting leagues accept cannabis.”

“My brand is not a fucking marijuana brand, its a wellness CBD brand based on health, not based on recreation.”

If the deal actually exists and goes through, it would be a great step forward for cannabis brands in Europe.