10 Amazing Rolling Trays You Need in Your Life - International Highlife 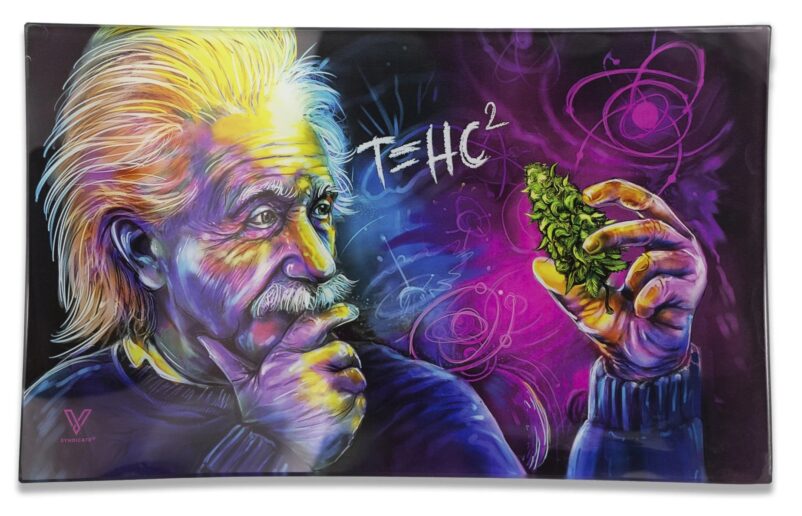 10 Amazing Rolling Trays You Need in Your Life

Of all the things you may want to have land on your lap, a half-rolled joint is not one of them. A rolling tray is the perfect barrier between the folds of your clothes, the couch cushions, and the carpet – all the places where ground-up weed goes to die.

There’s another reason rolling trays are such a classic stoner accessory – you can leave a little weed on there at all times and they make a great stash spot. And slipped under your couch or in the drawer of the coffee table, they’re always on deck where you’re ready to get wrecked.

But which is the best rolling tray for you? Let’s take a look, and you may find what you’re looking for (this is not a dating site, it just came out that way). 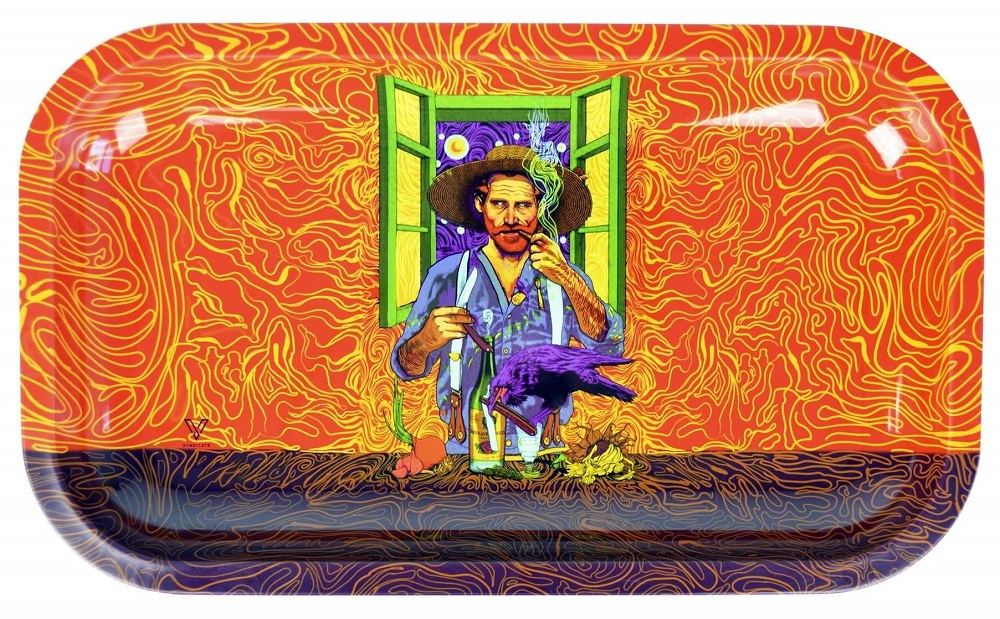 Smoke your ear off after twisting up with this brilliantly-designed rolling tray that shows the Dutch artist smoking a blunt while a crow holding a straight razor heads towards his testicles. It’s always hard to describe art….but you get the idea. And what great brush strokes!

Your Own Customizable Tray

Why let anybody else decide what you want? This custom rolling tray lets you put any image, logo, or artwork you want on there, from “world’s best boss” to “my child is an honor student.” If you’re stoned enough, you could also just (accidentally?) order the “Your Design Here” default image, no one will judge. 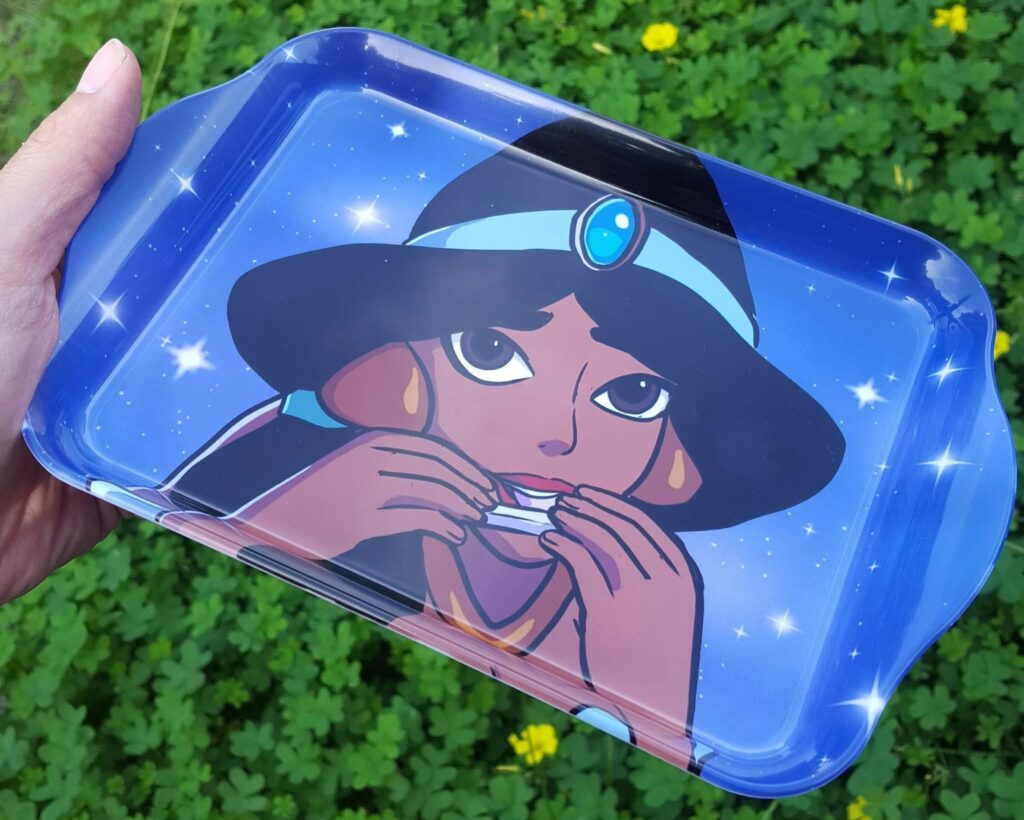 Enter a Whole New World after smoking whatever you rolled up on this polymer tray, which shows our favorite celebrity heiress twisting a joint against a purple celestial background. 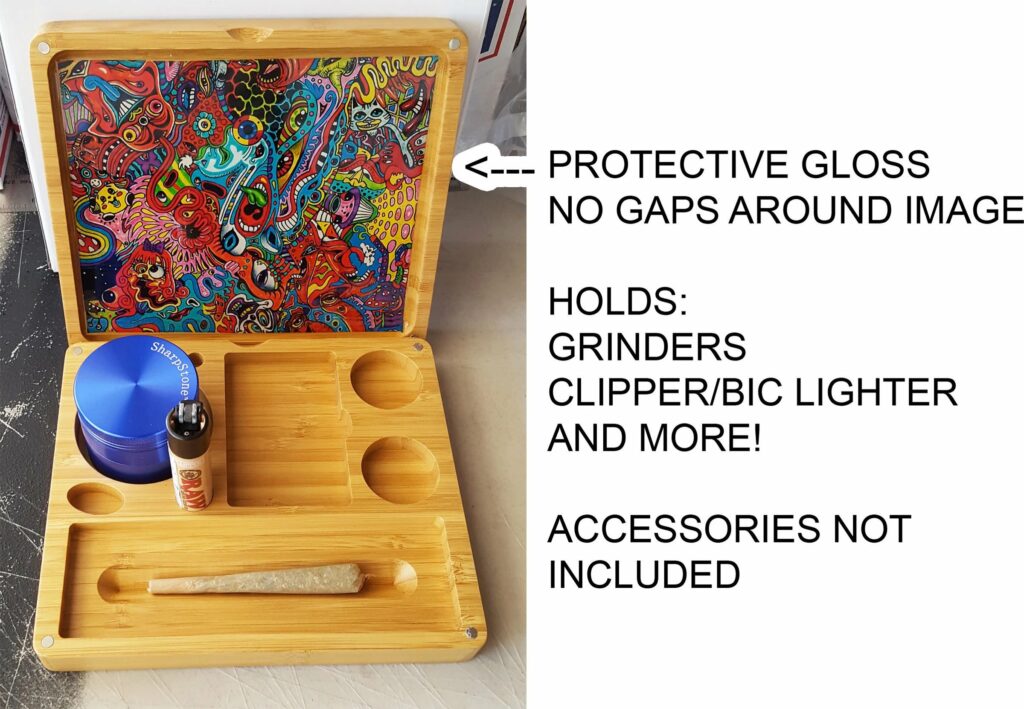 This right here is a brilliant combination stash box and rolling tray that you can customize with whatever image you want on the rolling plate. It comes apart, it has a magnet, and did we mention you can stash your weed in there? 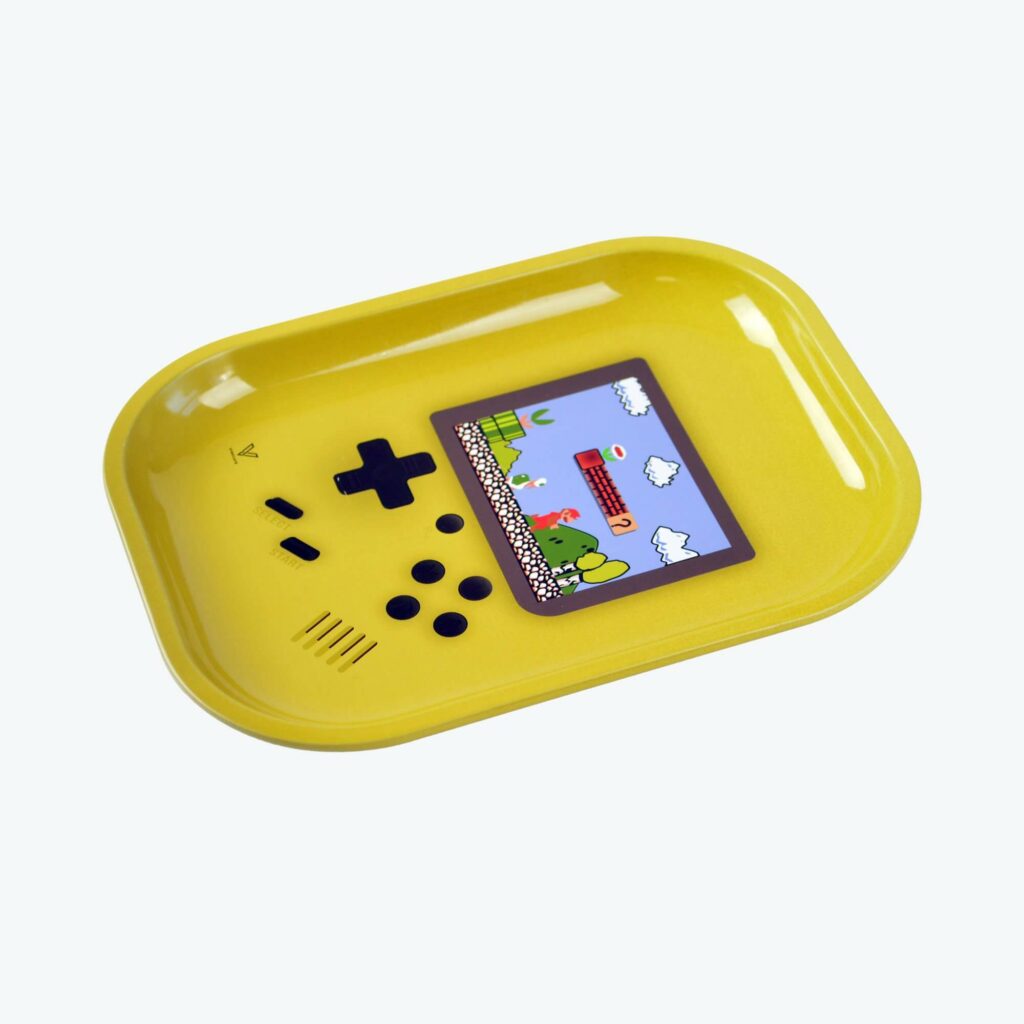 Did you have a Game Boy? Let’s try that again – are you old? This rolling tray is a great trip down memory lane that will put you in that gaming mood, before you smoke something that makes you feel like you just ate a giant mushroom (in the video game, not that type of shroom).

Walk into any party, club, or spelunking outing with a glowing rolling tray that shouts “the weed guy has arrived!” Actually it says “Sticky Icky,” but you get the point. This tray comes with 8 different LED lights and a smell proof lid that can keep things discrete – until you flip the lights on. 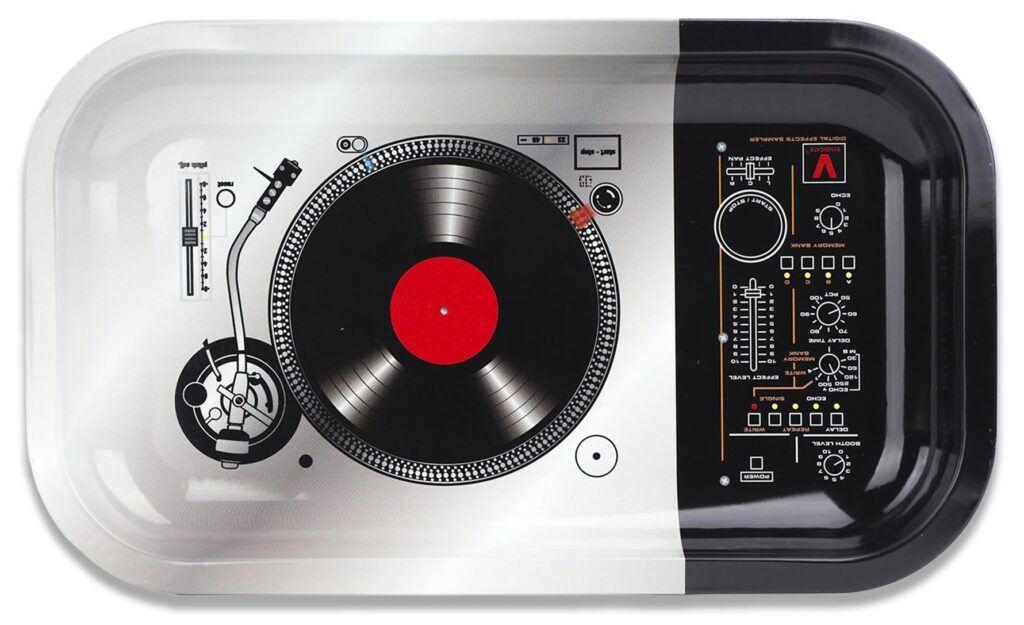 Have you ever dreamed of being a DJ? Do you have busy hands that tend to hover around your lap? If you answered yes to either of those questions, then this metal rolling tray might be just what you’re looking for. 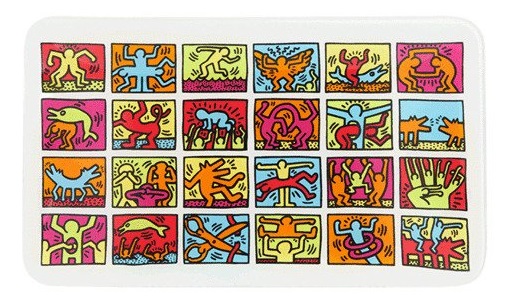 Impress somebody, somewhere, with these glass rolling trays that feature artwork from one of the 20th century’s most famous American artists. We’d recommend the “Crack is Wack” one, but that might alienate some of your house guests. 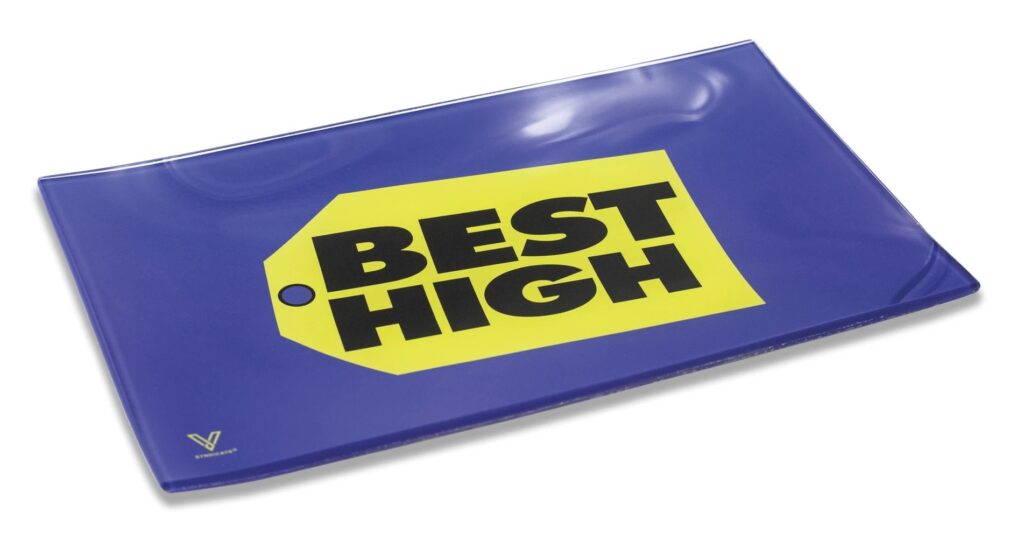 Support our US retail workers – or just make fun of their bosses with this tray that perfectly captures the sensation of getting really high and going to browse those curved flat-screen TVs and falling asleep on the store’s display couch. Made of shatter-resistant glass. 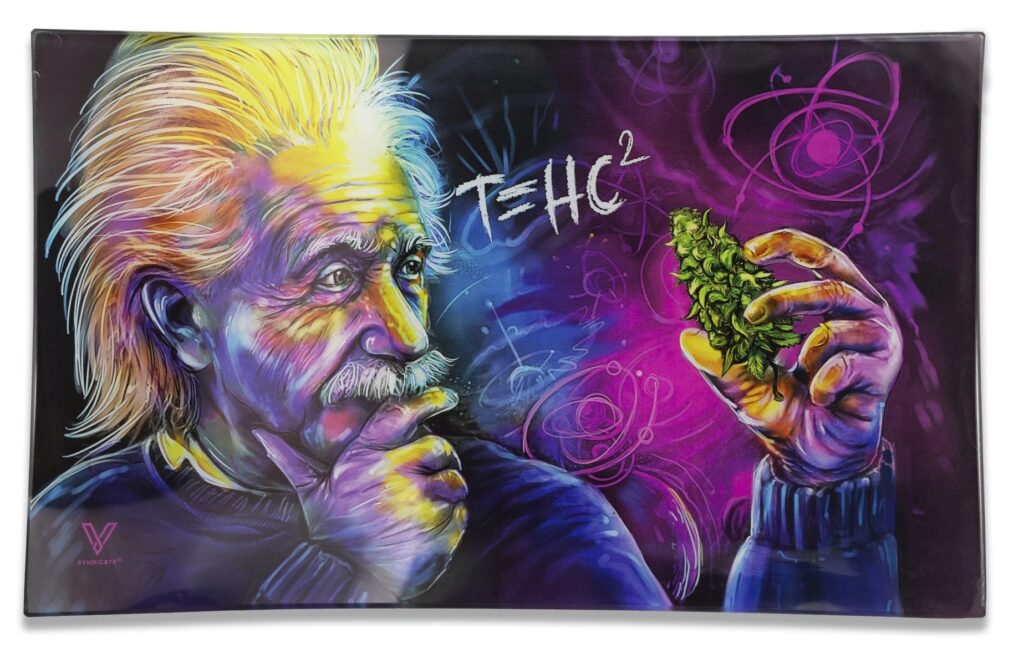 Relatively speaking, this may be the coolest rolling tray you can order. It has beautiful artwork, a nice play on words, and it’s made of shatter-resistant glass if you have to relocate to the US from your home in Europe.

The right rolling tray can be a smoker’s best friend – convenient, personalized, and a perfect way to say “the bullshit is over, I’m home it’s time to roll up.” Choose the one you vibe with, and you’re ready to roll.